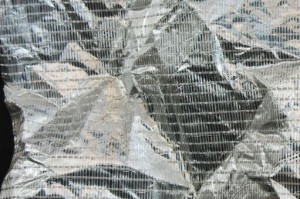 FABRICS FOR GROUNDING THE STATIC ELECTRICITY 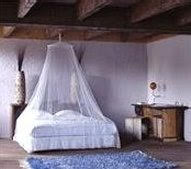 The power of the electromagnetic waves that are generated form technological devices whether they have high power or low, these waves have an impact on the human body. Electromagnetic waves (EMW) damage by heating the tissue in the body and/or by leading to chemical changes. While a high powered EMW damages based on the heat, taking EMW with a low watt for a long period of time the harmful effects due to chemical changes in the tissues emerge. Electromagnetic radiations have the property to spread out in space. Such waves are determined with wave lengths and frequencies. When the wave length becomes very small electromagnetic radiation (EMR) acts more like an energy set rather than being a wave against the matter. These energy sets are called “quantum” or “photon”. The EMRs of this type are X and gamma rays. The rays has energy enough to make the atoms or the molecule particles positively or negatively charged by breaking the atomic bod that keeps the molecules in the cells together. When these rays, the energies of which gets very high, hit the molecules, they ionize them and distorts their molecular structure in other words vital functions and therefore as a result of negative chemical reactions they make it easier for cancer to form. In the studies that are conducted, the cancer formation increased in people who are exposed to X and gamma rays. Therefore these rays are defined as “ionizing electromagnetic radiation”. Another EMR group is non-ionized radiation, in other words nonelectrolyte EMR group. Non – ionized radiation (NIR) is a general term for the electromagnetic particles that contain the photons that do not have enough energy to break the atomic bonds. The waves that are in this group are ranged from low energy to high energy as radio waves, micro waves, infrared radiation, visible rays, laser rays, ultraviolet rays. It is to raise the usage frequencies of the radio waves and mobile phones and these showing micro wave properties. The public not having enough knowledge about these type of waves created suspicions. The increase in the number of companies that are marketing mobile phones and the installed base stations in our country and these being located everywhere irregularly, and lack of inspections, gradually increases this uneasiness.

On the other hand, an electromagnetic field forms around high-voltage transmission lines that and alternative current passes around or over all the devices that work with alternative current. In the studies that are conducted, various negative effects are determined on experimental animals that encounter EM fields. In addition, carious studies are conducted to determine the relation between some diseases like depression, leukemia, central nervous system cancer, melanoma, and lung cancer in the people who work in places that have EM fields.

It would be a correct approach to evaluate that the impact of the devices that generate EM radiation and EM field like mobile phones and base stations can create very sufficient health risks in terms of public health; it could take long years to set these negative impacts forth, and therefore the possible damages that are likely to emerge can be prevented by taking precautions from. The mobile phone base stations certainly should not installed to the communal living areas and common areas like schoolyards, kindergartens, hospitals, parks that mostly the children, patients and elderly are present, due to their health risks.

In spite of the fact that various biological effects in different frequencies and exposure levels are observed, it is indicated that the harms of electromagnetic waves shall come unveil in the future.